Winners of The Ocean Race Europe 2021

The Ocean Race is the toughest and most demanding competition in the sporting world featuring a communication platform able to reach hundreds of millions of people. The Mirpuri Foundation believes that if it is able to inspire other people, then these people will, in turn, inspire others. If millions of people are conscious of the direction in which we should be going, and that we really need to change the course of the problems that affect our oceans, then the Mirpuri Foundation can have a huge impact by being the initiator of positive behavior with the power to reach a vast audience.

The inaugural edition of The Ocean Race Europe, started at the end of May 2021 from Lorient, France and finished in Genova, Italy in June, with stops in Cascais, Portugal, and Alicante, Spain along the way. The Europe race was a new event, designed to showcase top-flight, fully-crewed, competitive ocean racing featuring the best international teams.

The Ocean Race Europe engaged with European citizens to enhance the ambitious green transition and showcase the power of Digital Transformation.

The Ocean Race Europe saw crew members from all over the world racing in foiling IMOCA 60s and one-design VO65s racing from the North Atlantic coast of Europe into the Mediterranean Sea, with each offshore leg to be scored equally. There was also be two coastal races in Cascais and Genoa which award bonus points to the top three finishers.

The Mirpuri Foundation racing team, skippered by Yoann Richomme, was the winner of  The Ocean Race Europe 2021. 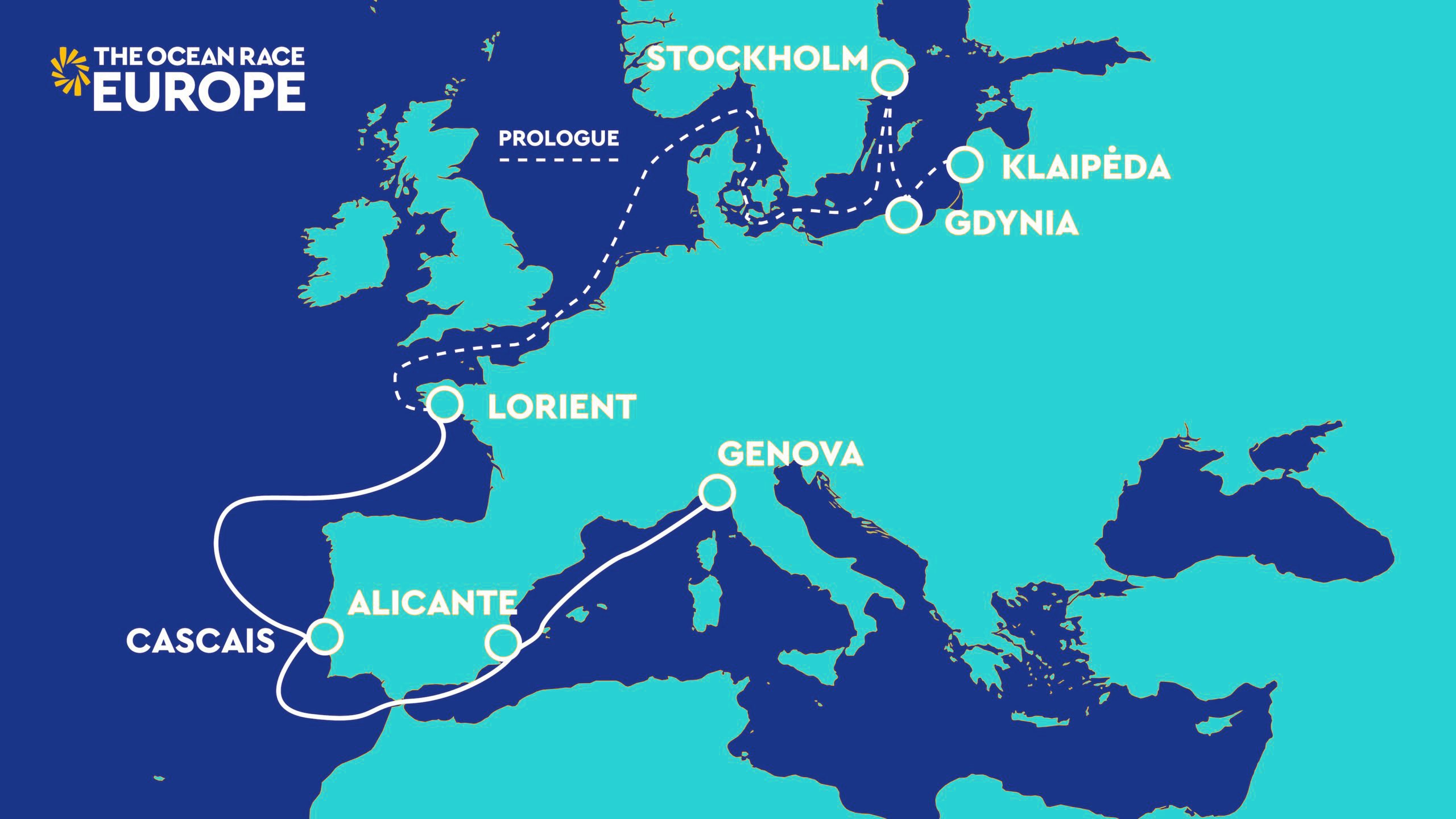 The work started by the award-winning sustainability programme of the 2017-18 Race continued as part of The Ocean Race Europe and beyond. The Racing with Purpose programme includes advocacy, science, learning and sustainable event excellence.

The inaugural edition of The Ocean Race Europe in 2021 leads off a ten-year calendar of racing activity that includes confirmed editions of the iconic, fully-crewed, around the world event – The Ocean Race – every four years, beginning in 2022-23.

Since 1973, The Ocean Race has provided the ultimate test of a team and is a human adventure like no other. Over four decades it has kept an almost mythical hold over some of the greatest sailors and been the proving ground that has made and broken the legends of our sport.

The Ocean Race is often described as the longest and toughest professional sporting event in the world, sailing’s toughest team challenge and one of the sport’s Big Three events, alongside the Olympic Games and America’s Cup.

For some of the world’s best sailors, the Ocean Race is an obsession, and they dedicate years, even decades of their lives trying to win it, because doing so ensures they will carve out a permanent legacy in the sport.

The race’s concept is simple: it’s an round-the-clock ocean marathon. Over 8 months, 45 000 nautical miles and 24 hours a day, the sport’s best sailors go up against each other crossing the world’s toughest waters, including the Southern Ocean. It is relentless and brutal: the importance of winning, the adventure of life on board, the transformative effect on the sailors – all of these combine to give the race a deep power and allure.

The race sits at the intersection of human adventure and world-class competition. Thanks to the work of the Onboard Reporters embedded in every team, fans are given a unique insight into just what it takes to win the race which takes place mostly away from the view of the public.

The last edition of the race was the closest in history, with three teams virtually tied, approaching the finish line. After 126 days of racing spread across 11 legs, the winning margin for Charles Caudrelier’s Dongfeng Race Team was only 16 minutes and the top three teams were separated by just four points.

A total of 2.5 million people visited the Race Villages during the 2017-18 event, getting a first-hand taste of the action. Millions more followed the race action on digital platforms, television and via the news as the race set new benchmarks for international coverage, including live transmission from the boats even from places such as the Southern Ocean.

Two classes of boat will compete in the next edition of the race. New to the race are the high-tech, foiling IMOCA 60 boats. Whilst the traditional one-design VO65 fleet will continue their legacy by taking part in their third lap of the planet.

Following the success of our ground-breaking and award-winning sustainability efforts in the last race, sustainability will continue to be a core value of the race as we go forward, as we redouble our efforts to restore ocean health and lead, inspire and engage on this critical issue at every available opportunity we can in both the lead up to the race and over the event itself too.

The previous edition of the Round the World Race in Numbers: 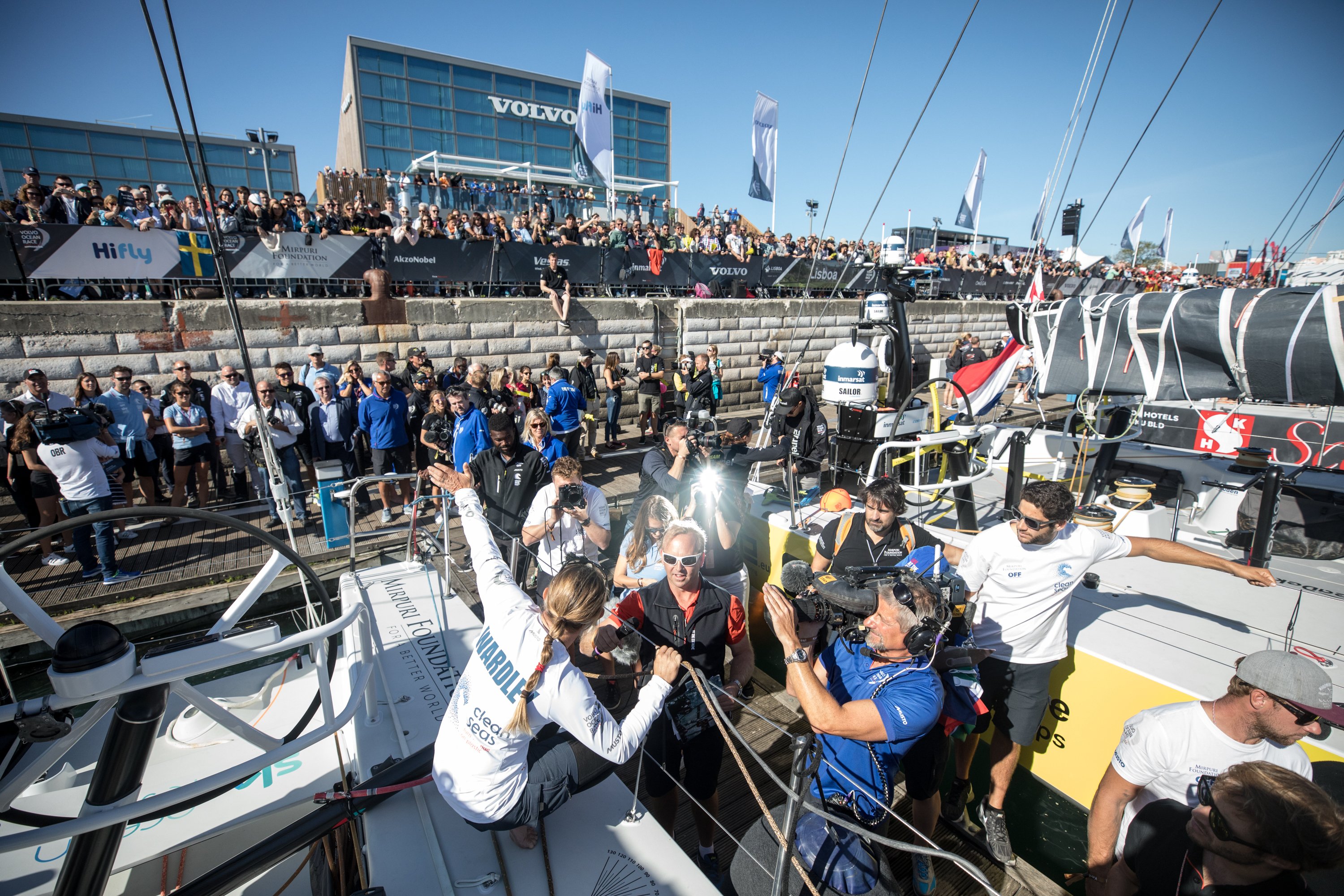 -23 female sailors in the race – the highest number ever.

-7 Ocean Summits all over the world focused on sustainability themes and the dangers of plastic.

-Over 2,050 speakers and participants at the Ocean Summits, among them governments, startups and large organizations.

-Over 114,000 children from 40 countries took part in the Education for Sustainability Program.

-30 scientific buoys collected data on ocean health and the climate.

-93% of the samples collected from the oceans registered the presence of microplastic particles.