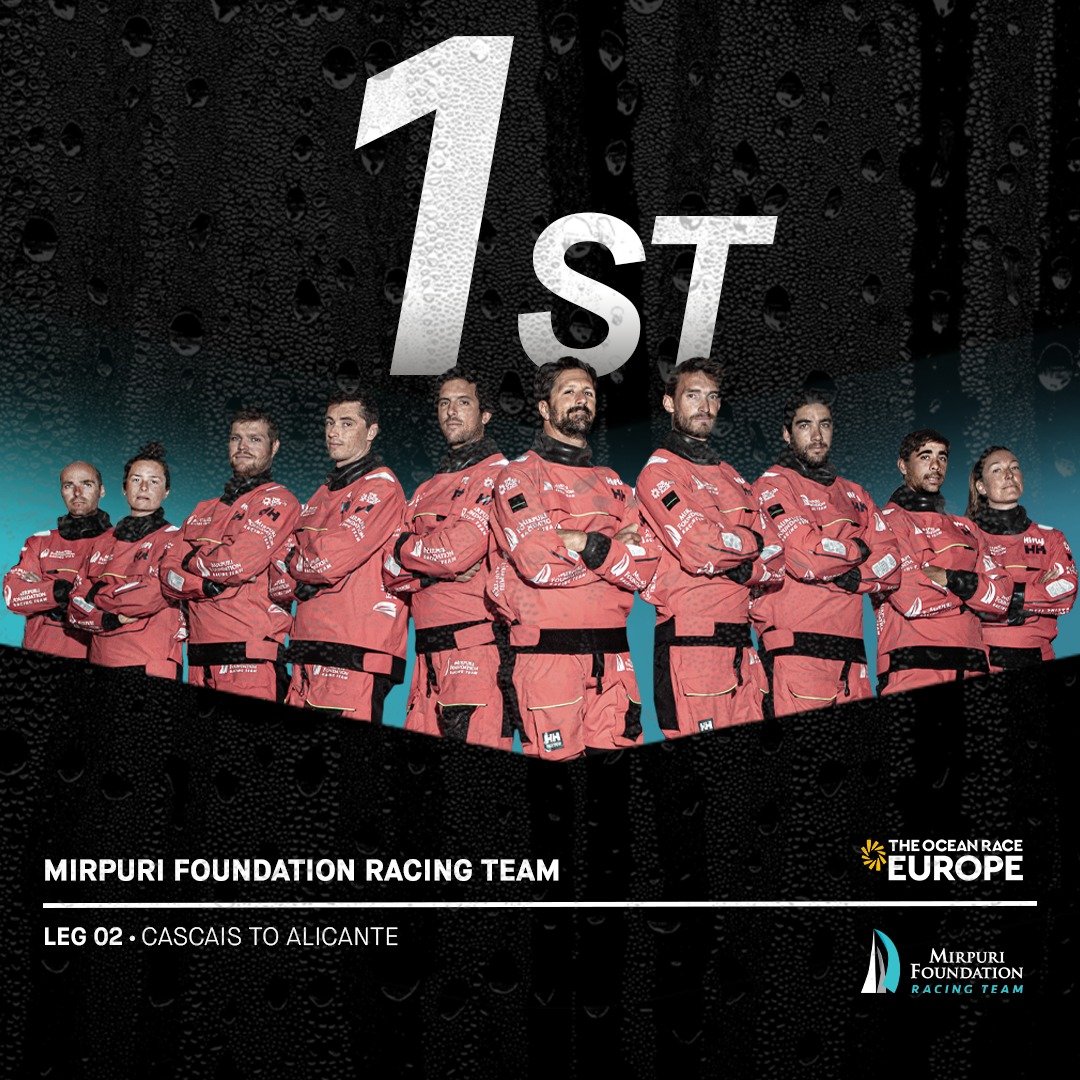 Led by skipper Yoann Richomme, the team’s Racing For The Planet VO65 boat sailed into the Spanish port ahead of the full fleet of VO65s and IMOCA 60s at 0540 CEST, adding the maximum of seven valuable points to their tally and launching the team to the top of the leaderboard, tied with AkzoNobel, with whom the team played cat-and-mouse throughout the second half of the leg, since the fleet entered the Mediterranean on Monday.

The leg from Cascais, Portugal to Alicante saw the fleet navigate a range of difficult conditions, from strong upwinds in the Strait of Gibraltar to becalmed conditions in the Mediteranean. On the morning of day two, an errant 30m plastic pipe wrapped around the keel, slowing their progress, meaning the team had to fight back to the front of the fleet over the course of the next two days, ultimately taking the lead that they would carry into Alicante.

Today’s leg win puts Mirpuri Foundation Racing Team’s aim of overall victory back on the table, after disappointment in the opening leg, where the team’s dominant lead from the very start was diminished in the closing miles. Last weekend, the team began their comeback by winning the first points-scoring coastal race of the event in Cascais as part of the Mirpuri Foundation Sailing Trophy, giving the team added motivation to get their campaign back on track as they departed for Alicante.

"
We are now tied at the top of the leaderboard with AkzoNobel and with only one leg and one coastal race left to go, it’s going to be an intense finish to this race but that’s what we came here for.

Yoann Richomme, Skipper of the Mirpuri Foundation Racing Team said: “It’s fantastic to get our first leg win and make our way back up to the top of the rankings. It was a hard leg, very busy all the time with lots of sail changes and a very big physical effort needed from everyone. It was a difficult finish in the Mediterranean in low wind, making it very challenging tactically and mentally to take and then maintain the lead in the closing stages.”

“It is beautiful to watch this team at work. Everyone knows what to do and we work well together. We are now tied to the top of the leaderboard with Akzo Nobel and with only one leg and one coastal race left to go, it’s going to be an intense finish to this race but that’s what we came here for. It will be a good fight with them I think right until the end.”

Paulo Mirpuri, Founder of the Mirpuri Foundation said: “I am very proud of the whole team for today’s leg win. Since the start of The Ocean Race Europe, we have shown our potential and that we are capable of leading the fleet. Today’s result and our position on the leaderboard now that also, which is a big boost for the team ahead of the final leg on Sunday. For now however, we will enjoy this day and this win.”

The third leg of The Ocean Race Europe commences at 1400 local time on Sunday. For more information, visit https://mirpuriracingteam.com/

Racing into the lead with second leg win in Genoa 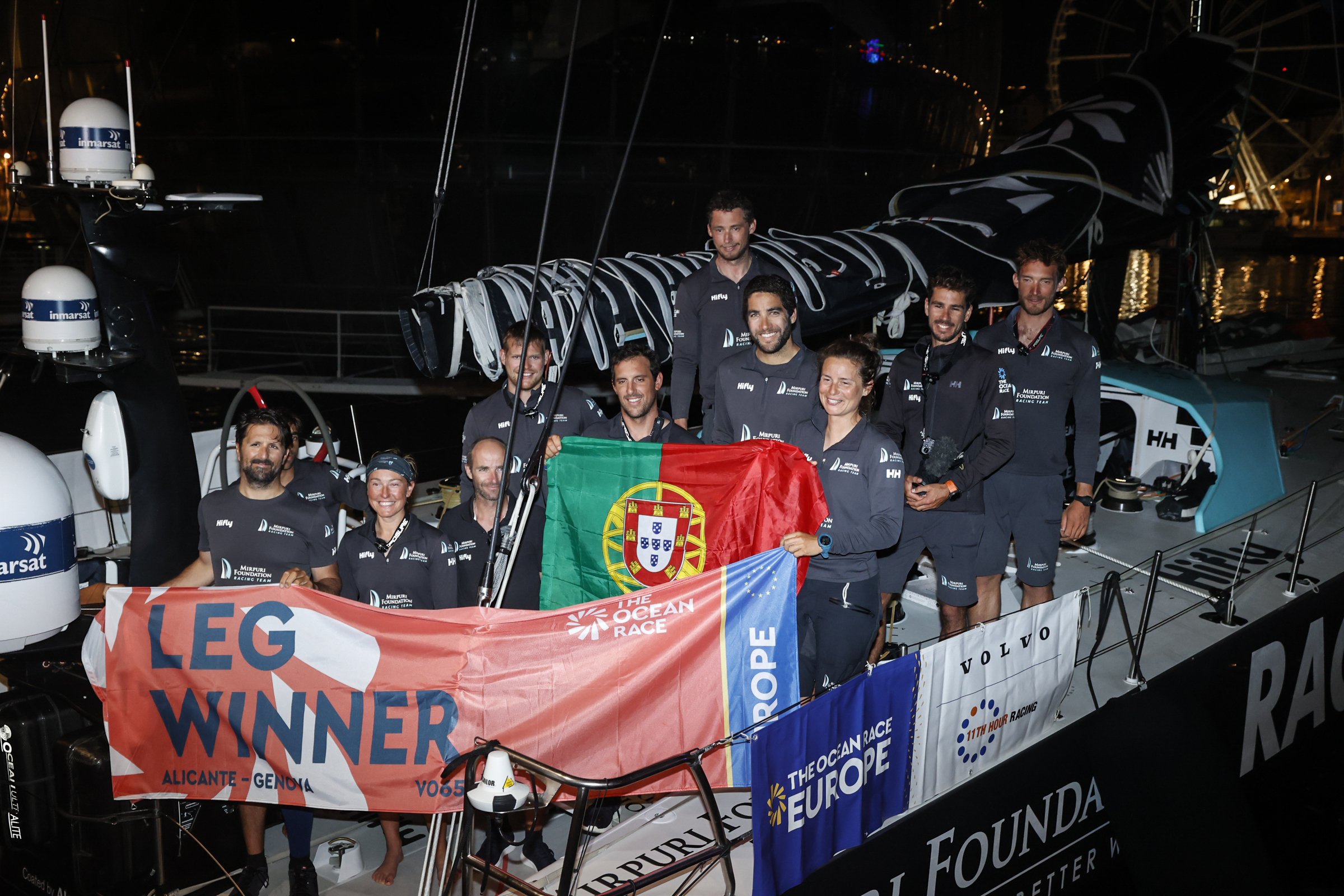 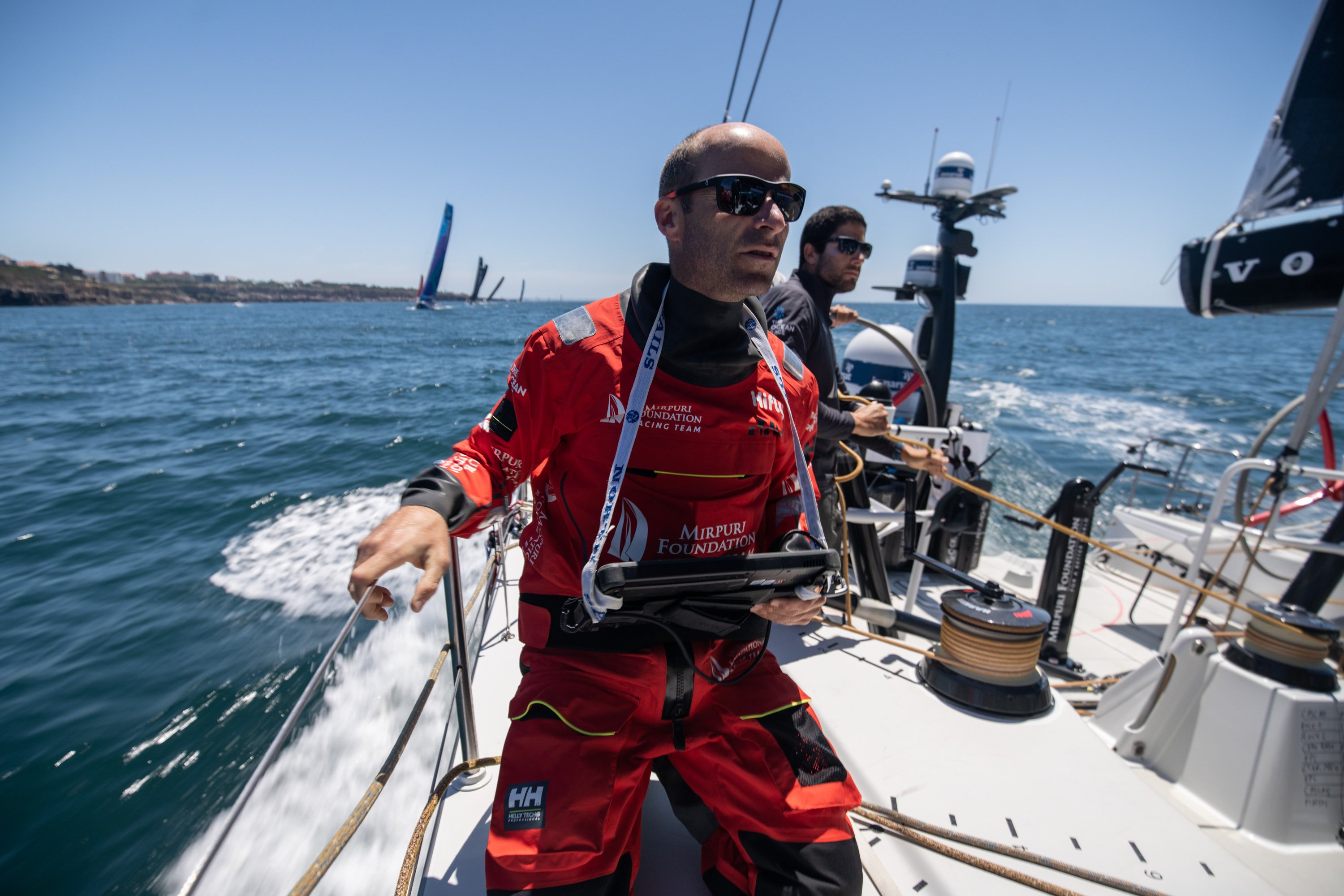