A previous Volvo Ocean Race winner in 2017-18, Jack Bouttell has been an integral part of the Mirpuri Foundation Racing Team since its inception in 2019. Bouttell held the pivotal role of watch captain during the team’s victory in the 2021 The Ocean Race Europe, and his step up to the role of skipper will be the first time he leads a team at the helm of a VO65.

Jack Bouttell brings a career of ocean racing experience to the helm of the Racing for the Planet VO65. In 2016 Bouttell joined the crew of the mighty trimaran Spindrift 2, the largest racing trimaran in the world at 120 feet, and won the Québec–Saint-Malo, setting a new race record.

The 31 year old then joined the Dongfeng Race Team and raced in the 2016 Sydney Hobart with Charles Caudrelier, claiming 3rd overall. He again raced with Dongfeng Race Team for the 2017-18 Volvo Ocean Race, resulting in the team claiming victory in the round the world race.

In 2018 and 2019 Jack returned to the maxi trimaran Spindrift 2 for two attempts at the Jules Verne Tophy, before competing solo in his fourth Solitaire du Figaro campaign in 2020. In the same year, he was also a member of the Mirpuri Foundation Racing Team’s winning crew in two regattas onboard their “Racing For The Planet” VO65. In 2021 Bouttell sailed as watch-captain when the Mirpuri Foundation Racing Team won the inaugural The Ocean Race Europe.

Jack Bouttell said, “I’m honoured to have been asked to skipper this amazing team that has been a big part of my life since 2019. I think everything I’ve done in my career up to this point has prepared me for this opportunity, and I’m looking forward to the new challenge when we go racing in The Atlantic Challenge this July.”

The inaugural Atlantic Challenge – A Thousand Mile Race – is the headline event of the 10-day Mirpuri Foundation Sailing Trophy taking place in just over 2 months and will see teams racing from Cascais, Portugal, round Porto Santo island in Madeira and back to Cascais.

The addition of this ocean racing event to the 3rd edition of the international regatta schedule is designed to challenge the best offshore sailors and fastest boats to a test of endurance across several days of racing.

The line honours winner will be awarded the coveted Mirpuri Foundation Sailing Trophy in the fully plastic-free event founded to raise awareness and vital funds for marine conservation projects worldwide.

As part of the ten-day festival of sailing, this year’s edition sees the most classes racing across multiple events, including  Maxi Yachts, VO65s, NHC, ORC, IRC, Multihulls, Classics, 6m, SB20, and Optimists.

Team Manager Bruno Dubois describes Bouttell as having experience that belies his years and one of the best young talents yet to skipper a VO65.

Bruno Dubois said, “Jack has worked his way from the ground up in professional offshore sailing, and his move to the role of skipper is the next logical step in his career. I have worked with Jack for many years and seen the ease with which he’s taken on more responsibility. I am confident he is up to this challenge and look forward to seeing how he embraces his new role as the skipper.”

A new face bolstering the team for the Thousand Mile Race – The Atlantic Challenge – is Volvo Ocean Race veteran Stu Bannatyne (51). Having competed in the grueling round the world race eight times, taking victory on a record four occasions, the New Zealander is one of the world’s most prolific ocean racers and most successful sailor in the almost 50 year history of the race.

Since claiming his 4th round the world win in 2017-18, Stu has been working across the globe on various high profile campaigns, inclduding wins in the 2021 Transpac  and 2022 Caribbean 600 onboard the PAC52 Warrior Won.

Stu Bannatyne said, “I sailed with Jack when we won the Volvo Ocean Race in 2017-18 and I’m really looking forward to getting back onboard the VO65 with him. He’s a really calm and level headed guy and great all round sailor, he’s got all the right qualities to be a good skipper. The Thousand Mile Race is going to be great sailing and I can’t wait to be back onboard sailing these amazing boats fast again.”

Of Stu Bannatyne, Dubois said, “There are very few sailors in the world with a pedigree like Stu. His experience and reputation as a fierce competitor will bring an extra dimension to the team. We are honored to have a legend like Stu join our team, and we look forward to seeing the impact his presence has onboard Racing for the Planet.”

Schwartz, who will perform the navigator role, has sailed with Jack Bouttell onboard the 110-foot Trimaran Spindrift during their attempt at the non-stop round the world speed record in the Jules Verne Trophy.

During the 2017-18 Volvo Ocean Race Ben worked on the shore crew servicing the VO65 of the winning Dongfeng Race Team, which was rebranded as the Mirpuri Foundation Racing Team boat, Racing for the Planet.

In 2019 Ben became the first rookie to ever win the Elite Offshore French Championship, and in 2020, he won the Eurosaf Mixed Offshore European Championship.

Skipper Jack Bouttell said, “Ben and I are great friends, and our careers have evolved almost side by side. We’ve sailed thousands of miles together and we know exactly how each other sails. To have his knowledge of our VO65 will be very valuable, and I’m looking forward to taking on this new challenge with Ben on board.”

Australian sailor Alex Gough has already racked up a full lap of the planet in the 2017-18 Volvo Ocean Race onboard the VO65 Scallywag, the boat that won leg 3 of the race from Melbourne to Hong Kong.

Jack said of Alex, “I’ve known Alex for a while, and as a fellow Australian, I recognise an attitude in him that reminds me of my career at the same stage. He’s a great all-rounder with solid experience who I know will slot easily into his role onboard.”

The three new members will bolster the crew who won the inaugural The Ocean Race Europe in June 2021. From the United Kingdom, Olly Young and Rob Bunce will sail again, while Willy Altadill of Spain will share the role of watch captain with Stu Bannatyne. From Portugal, Olympic sailors Mariana Lobato and Bernardo Freitas will be competing in front of their home crowd for the most coveted trophy in Portugal sailing.

Olympian Bernardo Freitas, who represented Portugal at the London Olympics in 2012, and sailed round the world in the 2017-18 Volvo Ocean Race, will be returning to his critical role as the tactician. Since taking victory onboard Racing for the Planet in The Ocean Race Europe in 2021, Bernardo has been victorious in several regattas, including the Xacobeo Trophy in the 6m class.

Bernardo said, “I can’t wait to get back on the boat to race in A Thousand Mile Race with Jack as the new skipper. Jack is a brilliant sailor and he’s going to be an even better skipper.”

The only female sailor on the crew this time, Mariana Lobato was onboard the boat for their win in The Ocean Race Europe 2021, and is also a Portuguese Olympian who participated in the 2012 London games. Since lifting The Ocean Race Europe trophy, she has been competing in other large boat regattas and claimed 2nd place in the Women’s Sailing Champions League in October 2021.

Mariana Lobato said,” The Mirpuri Foundation Sailing Trophy is our home event that we’ve won two years in a row. It’s exactly this kind of pressure that we all enjoy competing under and I can’t wait to get out there to try and make it three in a row.”

Paulo Mirpuri said, “After The Ocean Race Europe victory, I am looking forward to seeing what our international crew can do in our home event again this year. While a victory is important for the team, doing well also brings vital attention to our critical climate message, “Racing for the Planet.”

To watch the promo video

About the Mirpuri Foundation

The Mirpuri Foundation is a non-profit organization based in Portugal and founded by entrepreneur Paulo Mirpuri with the aim of contributing to a better world for future generations.

With its belief that leading by example is the best way to change mindsets, the Mirpuri Foundation fosters cooperation between legislators, corporations, communities, and individuals.

The Mirpuri Foundation acts in six distinct areas: Marine Conservation, Wildlife Conservation, the Performing Arts, Social Responsibility, Medical Research, and Aviation. The foundation’s commitment to sustainability is transversal and is reflected in all its activities.

The Mirpuri Foundation is synonymous with technology, research, information, and innovation. Allied to these characteristics are the values of integrity, perseverance, and altruism to better impact the planet.

Through the ‘Turn the Tide on Plastic’ campaign in the 2017-18 edition of the Race, the Mirpuri Foundation was part of a global movement against plastic pollution. For the 2021 edition, Mirpuri Foundation Racing Team focused on raising awareness and driving action on climate change.

The ‘Racing for the Planet’ campaign was launched in 2019, when the team’s VO65 boat officially took to the water at the Mirpuri Foundation Racing Team HQ in Cascais, Portugal. Advisors to the team include reigning The Ocean Race champions Bruno Dubois and Charles Caudrelier.

About the Mirpuri Foundation Sailing Trophy

Organised in partnership with the Clube Naval de Cascais, the annual Mirpuri Foundation Sailing Trophy is a premier event on the summer sailing calendar.

Sustainability is at the core of the regatta, and the plastic-free event was founded to raise awareness and important funds for marine conservation projects around the world. The event also celebrates the innovation and creativity of the scientific community, with a number of sustainability-forward initiatives fundamental to the event, including the Mirpuri Foundation Ocean Award, which celebrates companies or individuals who present a project that has a beneficial impact on the health of our oceans.

The ten-day regatta is a celebration of the ocean and sailing that, thanks to the famously reliable Atlantic breeze the event delivers exciting racing across multiple classes and events. The 2021 event saw almost one hundred boats sail in the regatta, including five state-of-the-art IMOCA foiling boats and seven VO65 ocean racing boats.

To the signal of cannon fire from the Portuguese Navy, the 2022 edition kicks off on July 3rd with the regatta’s premier event, The Atlantic Challenge – A Thousand Mile Race. Designed to challenge the best sailors and fastest offshore boats across several days of offshore racing, the Thousand Mile Race course takes competitors from the event’s home port of Cascais, Portugal, round Porto Santo island (Madeira) and back. The line honours winner will be awarded the coveted Mirpuri Foundation Sailing Trophy.

The bay of Cascais will then play host to the inshore races and will see boats competing across multiple classes, including Maxi Yachts, NHC, ORC, IRC, Multihulls, Classics, 6m, SB20, and Optimists.

Cascais Marina has previously played host to numerous high-profile sailing events, including the America’s Cup World Series, the World Match Racing Tour, the Audi MedCup, and last year’s edition of The Ocean Race Europe. The Clube Naval de Cascais has been an institution of Portuguese sailing since it was founded in 1938 and is home to the most prominent sailing school in the country. Cascais is also the team base of The Mirpuri Foundation Racing Team,  victors of The Ocean Race Europe earlier this year. 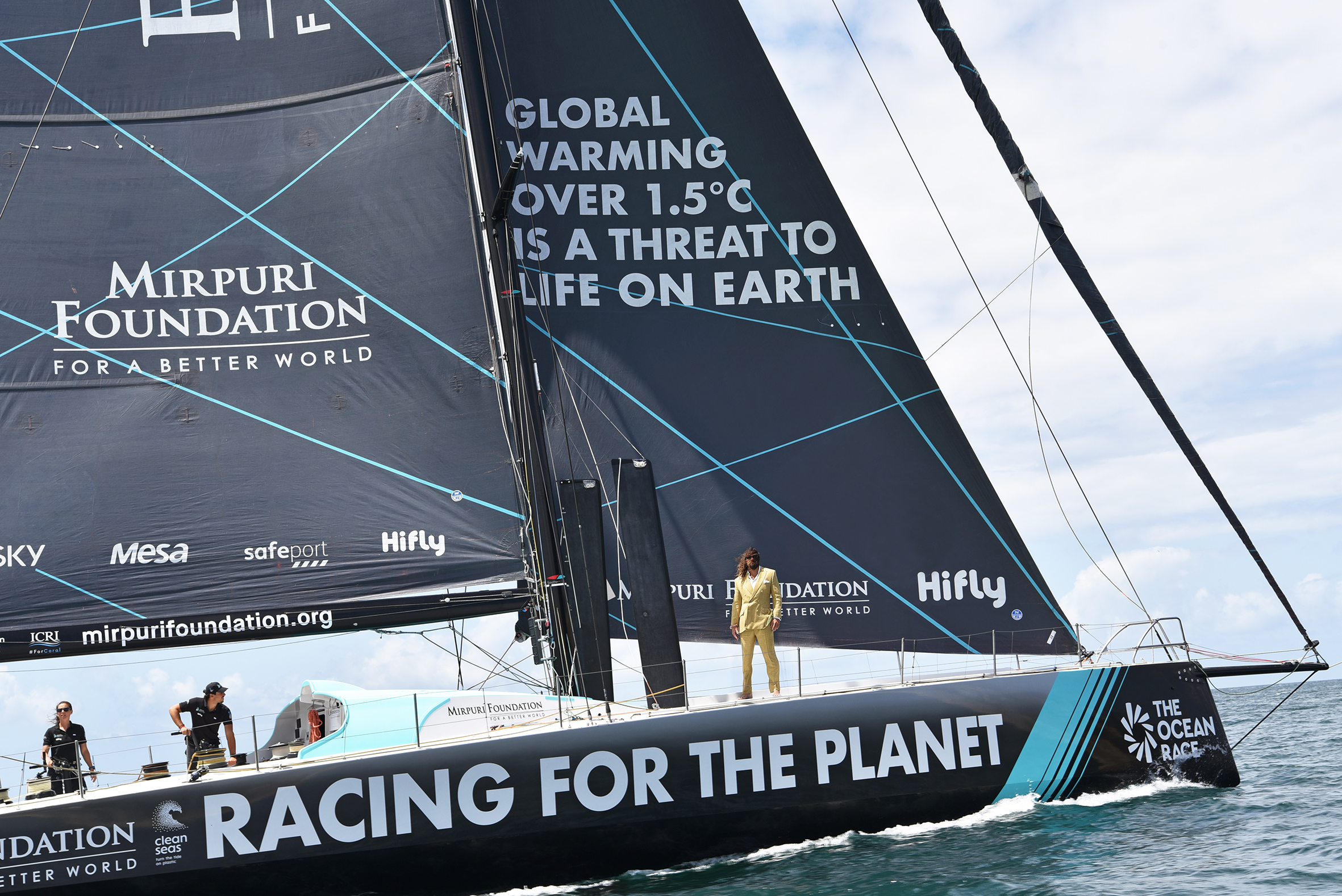 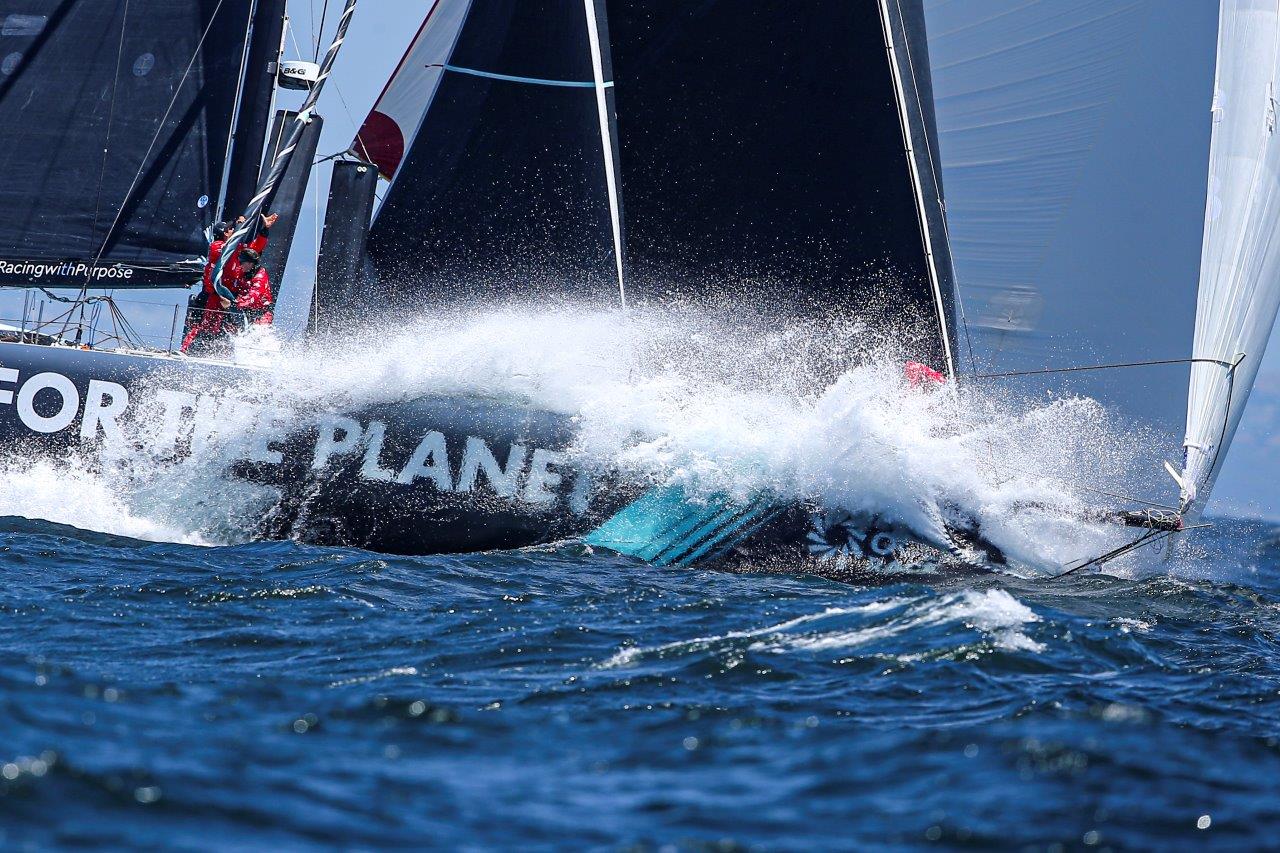